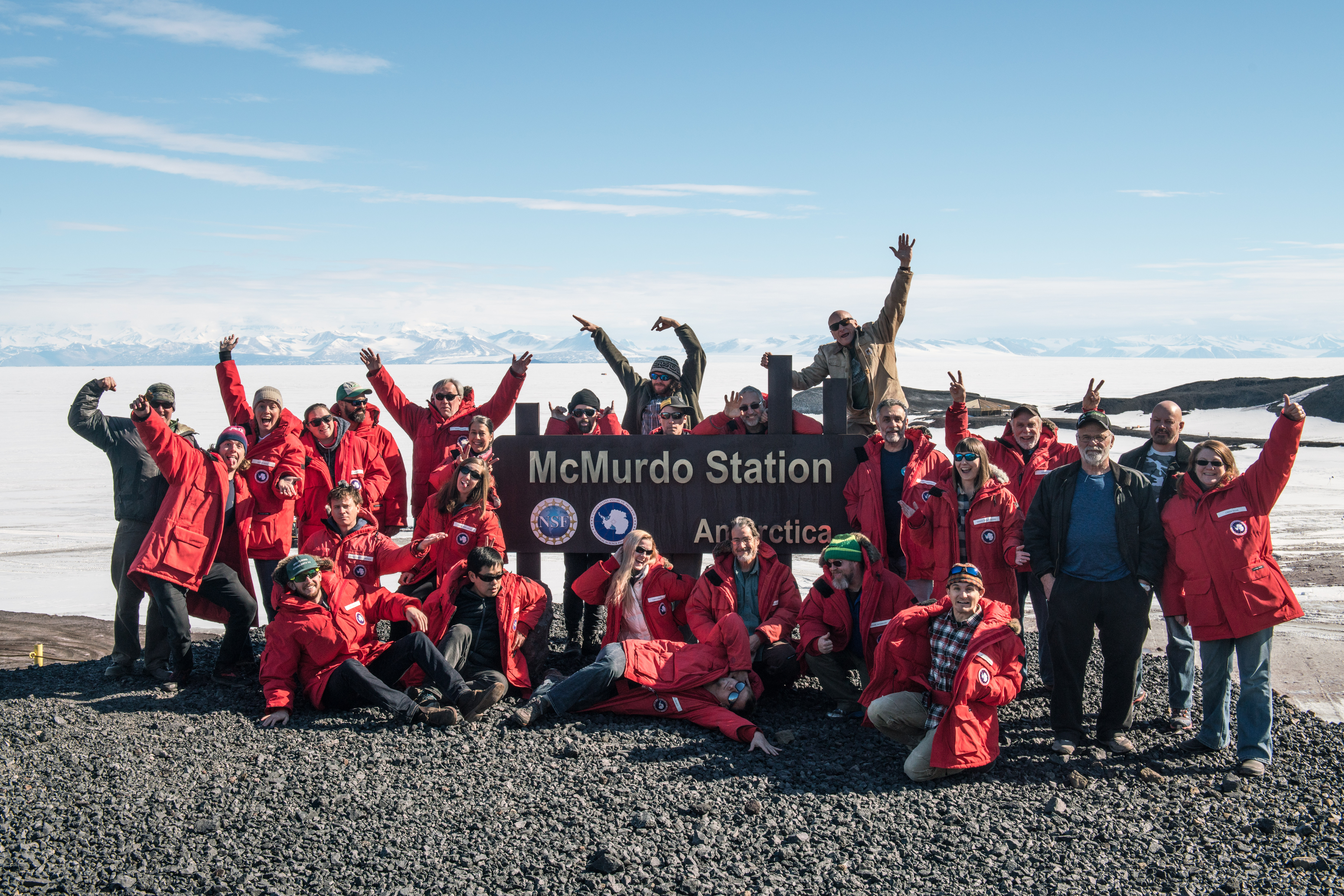 Science Team Update
On Thursday, December 6th, 21 members of the science team arrived at McMurdo Station. They are currently undergoing training, packing and unpacking cargo, and testing gear in preparation for their upcoming flight to Subglacial Lake Mercer.

The team is busy completing the yearly trainings for field safety and life in Antarctica, and unloaded all their shipped science cargo. They are now in the process of unpacking and repacking equipment in order to send high-priority gear to Subglacial Lake Mercer on early flights. Initial cargo flights are tentatively scheduled for December 12th and December 18th and will carry drillers, marine techs, and three members of the science team. The majority of the Science Team will fly to Lake Mercer on December 22nd.

Team members are also busy testing batteries, calibrating instruments, and preparing instruments for a freshwater tank test before being deployed into Mercer Subglacial Lake. The Education and Outreach team have been organizing film equipment and continuously filming the Science Team’s ongoing preparations.

Though Sunday, December 9th, was a station day off,  the SALSA team did not take a moment’s rest and continued to work on preparing and transporting science equipment to be put in the cargo system. Daily group meetings have been focused on cargo logistics, borehole schedules, flight schedules, and preparing plans and protocols for different borehole operations scenarios. Principal Investigators Amy Leventer and Brad Rosenheim have been testing the CTD (Conductivity, Temperature, Depth) instrument and calibrating its data communication to the surface. This will be the first instrument deployed into the Mercer Subglacial Lake, and the results will give us information about the structure of the water column and will guide the rest of the project on how to proceed with sampling.

The Education and Outreach team is currently in the process of making three films. The team filmed the historic Scotts Hut, interviewed Lead Scientist Dr. John Priscu, and have been working with the Drill Team on using a new lighting and camera setup for the Borehole camera which will inspect and film the borehole at Lake Mercer.

On December 6th, the Geophysics/EM Team decided to leave their newest MT station, T16, running one more day because they were excited about the data. They brought back the other two stations and started to consolidate cargo for the upcoming 75-mile move upstream to Whillans Subglacial Lake. Matt spent the afternoon with Terry from the SALSA Traverse fixing the broken snow machine in preparation for the move, and was rewarded that evening with a fresh salad for dinner — his first salad in seven Antarctic field seasons.

With the arrival of the scientists and the remainder of the Drill Team, it has been a busy time for the drillers. Justin Burnett and Bob Zook arrived to Antarctica on December 6th and started SCINI setup, while James Roth departed McMurdo. The Drill Team is continuing to finalize their strategy, and all drill is in the cargo system and ready for transport. SCINI operations are now in full swing, and the SCINI team has been working to install and program a new thruster onto the ROV and have continued to optimize its software along the way.