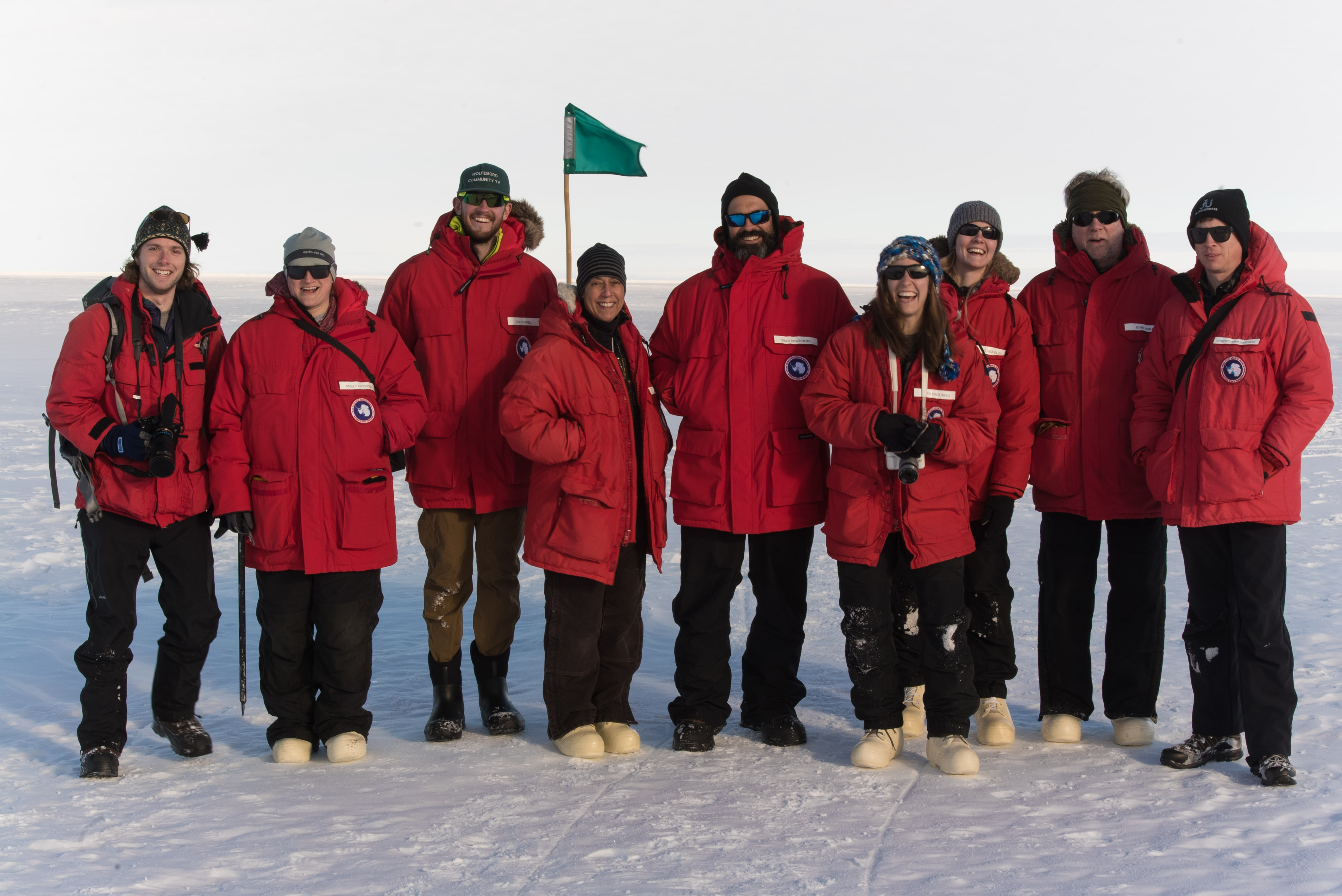 On Wednesday, December 19th, the SALSA Science Team flew to Mercer Subglacial Lake after many days of cleaning, packing, and loading equipment. Before their departure, the team met several times to create protocols and layers of best outcome and contingency plans for sampling.

Eight team members (Drillers Dennis Duling, Anatoly Mironov, and Edwin Krula; Scientists John Priscu, Brent Christner, and Ryan Venturelli; and Marine Technicians, Jack Greenberg and Michael Tepper-Rasmussen) were scheduled to fly to Mercer Subglacial Lake on December 17th. They were supposed to begin drilling and setting up field labs before the arrival of the rest of the SALSA team in McMurdo, but their flight was cancelled due to poor weather at the study site. It is likely that the Science Team will have a few days to settle in to camp as they wait for the Drillers to reach Lake Mercer. When they reach the lake, its all hands on deck for eight days of sampling.

Kathy Kasic and Billy Collins from the Education and Outreach team of have been filming interviews of team members each day and continuing to document the SALSA team’s preparation for science operations. They also Skyped with classrooms in Montana and California. Although Kathy and Billy were disappointed by the poor connectivity during the calls, they were surprised to find out that the students were excited about the glitchy, windy, and cold-looking live stream from Antarctica.

Sundays are a day off at McMurdo Station, and while most of the SALSA team continued to get work done, the team took Sunday, December 16th to exercise, relax, and build a cornucopia of gingerbread houses shaped like a LARS (Launch and Recovery System) deck, tents, and winch.

After enduring 60 hours of 30-knot winds and blowing snow, the Geophysics Team to get back to work on the MT stations with good weather on December 19th. With six MT stations deployed, three ready to move, and three needing new batteries and more time to collect data, the team headed out and spent the day recovering, servicing, and installing stations. At the end of December 19th, the team has 4 of 5 stations on their fourth cross-flow line occupied, for a total of 21 MT stations. They are working to complete a 27-station 3D grid.

On December 20th, the team turned three MT stations to finish their fourth cross-flow line and start in on their fifth. They got back early enough to service the long-term continuous GPS station that is 200 meters from their camp. This particular station requires the most work of any of the eight GPS stations this year, because of two years of deferred maintenance. The 1000-pound battery box hadn’t been brought to the surface since January 2013, and the solar panels were an old design from 2010. The team brought the entire station to the service, changed the solar panel configuration, and re-anchored the panels.

The team needs only one more day of good weather to fully occupy their fifth cross-flow line and finish their Subglacial Lake Whillans EM survey.