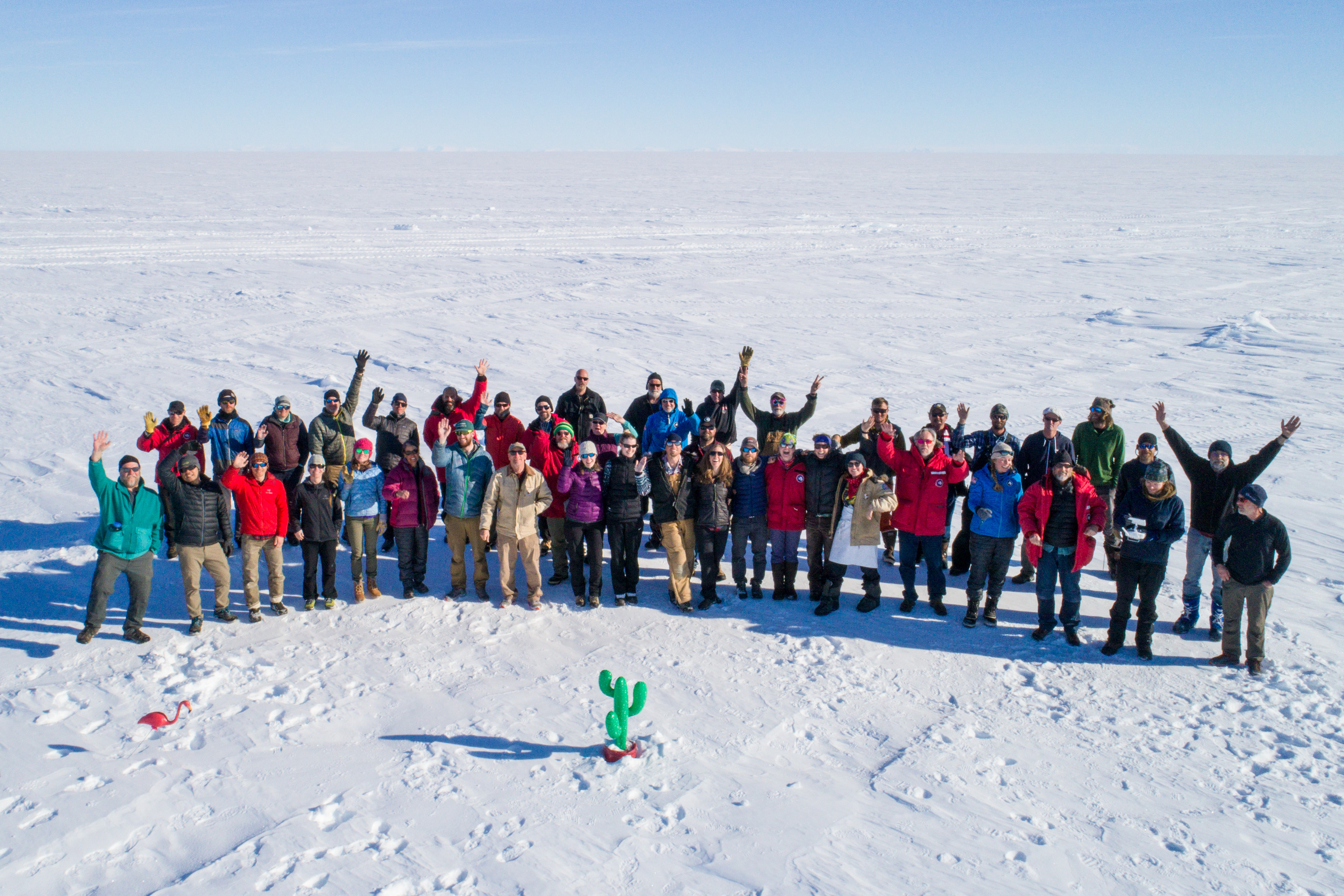 After science borehole operations began on December 28th, the SALSA team worked tirelessly around the clock to deploy science instruments and collect samples. After six days of sampling, we have enough material to truly change the way we view the Antarctic continent. In the words of Lead Scientist John Priscu:

“A decade of international and national planning, and three and a half years of project preparation came down to an intense period of drilling and science at Subglacial Lake Mercer. We were able to address all of our science goals for the season. The data and samples collected have provided us with another glimpse of the Antarctic subglacial world. We have no doubts that our results will transform the way we view Antarctica and pave the way for future national and international subglacial research efforts.

The extraordinary success of our SALSA field season would not have been possible without the expertise and dedication of the SALSA traverse team who hauled our fuel, drill, labs and camp facilities more than 700 miles to the SALSA camp site,  an incredible group of drillers who worked around the clock to ensure that we had a conduit to the lake and hot water for showers, our three incredibly helpful marine techs who significantly aided science outcomes by directing and assisting all scientific deck and winch operations, and ASC camp staff for providing us with positive vibes, airlift coordination and excellent food during our hectic round-the-clock schedule. We have greatly benefitted from the experience of our foreign research collaborators who participated on the science team. The undergraduate and graduate students learned what it was like to do cutting-edge interdisciplinary science and worked feverishly to process the samples as they came out of the borehole. Finally, SALSA outreach personnel used our drilling and research efforts to touch the lives (both young and old) of people throughout the world and inspire the next generation of polar scientists.”

After a challenging week of drilling, science operations went very well once the borehole opened. Major highlights were collecting the longest core ever from a subglacial lake at 1.7 meters (about 5.5 feet) using the WHOI Gravity Corer, collecting six out of six ‘perfect’ sediment cores from the Multicorer, collecting six 10-liter Niskin bottles of lake water, capturing the first ever footage of Mercer Subglacial Lake, and deploying the SCINI ROV to explore the lake environment. Likewise, over the course of six days, the team had two successful CTD casts which measured the salinity, depth, and temperature of the water. The lake was found to be 15 meters (50 feet) deep with a uniform fresh water column whose bed sits 1084 meters (3,566 feet) below the ice surface.

Although the team were very happy (at the time this post was written), they had an extra 36hrs of open borehole time on January 4th and 5th to sample extra water and sediment before breaking down camp and heading back to McMurdo on January 10th.