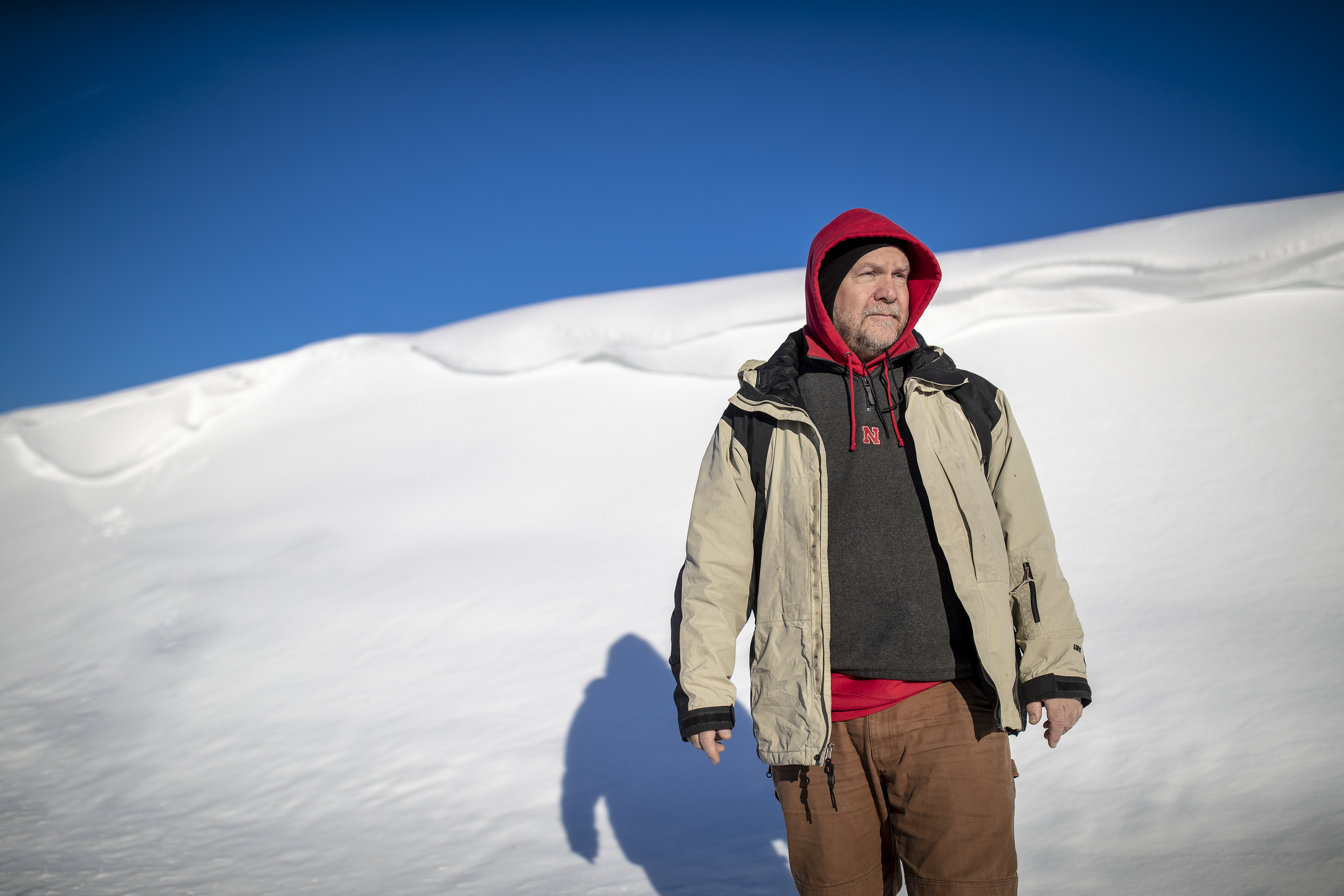 David Harwood is Professor and Stout Chair in Stratigraphy in the Department of Earth & Atmospheric Sciences, as well as the Director of the Antarctic Science Management Office at the University of Nebraska – Lincoln. Learn more about his path to becoming a SALSA Principal Investigator and working in Antarctica.

David is a professor of geology at the University of Nebraska-Lincoln (UNL), and teaches a course called “Frontiers of Antarctic Geosciences”. He will be going home to teach that class at the end of SALSA science and drilling operations.

David’s research focus is in diatom micropaleontology: he studies the fossil remains of one-celled algae that produce a glassy ‘shell’. Diatoms provide information on the age of sediments and environmental conditions at the time when these fossils lived.

David wanted to be a geologist since he was about 7 years old, and after a 6-week-long camping trip out west with his family when he was 10, he was hooked. “I found Antarctic and diatom science when a graduate student at Florida State University describing Antarctic sediment cores,” he says. “I made my first trip to Antarctica as a PhD student in 1983 out of Ohio State University’s Byrd Polar Research Center, to the Reedy Glacier region, just south of Subglacial Lake Mercer area in the Transantarctic Mountains.”

David wears several hats in for SALSA and works hard to keep the research effort up and running. He is a member of the sediments research team, also manages the financial and business side of the UNL Hot Water Drilling Team and the SCINI ROV Team.

David has been to Antarctica more than 15 times and says that he would have to review and count his trips to get the exact number. “My first trip was in 1983 as a graduate student as part of a project led by John Mercer — yes, the Mercer of SLM,” he says. “He was not able to participate that expedition. For me, it is an honor to be part of SALSA working on the Ice Stream named for John, and do research on this remote and extreme environment in the subglacial lake that bears his name.”

David’s early research in Antarctica was as a field geologist in the Transantarctic Mountains, but more recently was the U.S. Principal Investigator of the ANDRILL Project (Antarctic Geological Drilling), which drilled several deep holes to recover sediment cores in the McMurdo Sound area.

Mission as a Teacher

David teaches a geology course about Antarctica and gives many presentations to schools and civic groups about Antarctica and Climate Change Science. He explains that the two main messages are: (1) Antarctica has a long history of environmental change that can be interpreted very well from the rock and fossil record, and (2) that measurements of atmospheric CO2 and temperature change available in the long ice-core records drilled from the tops of the East and West Antarctic Ice Sheets provide us with a remarkable understanding of natural rates and size of Climate Change in the past, and that we are presently well outside of the range and rate of natural climate variability.