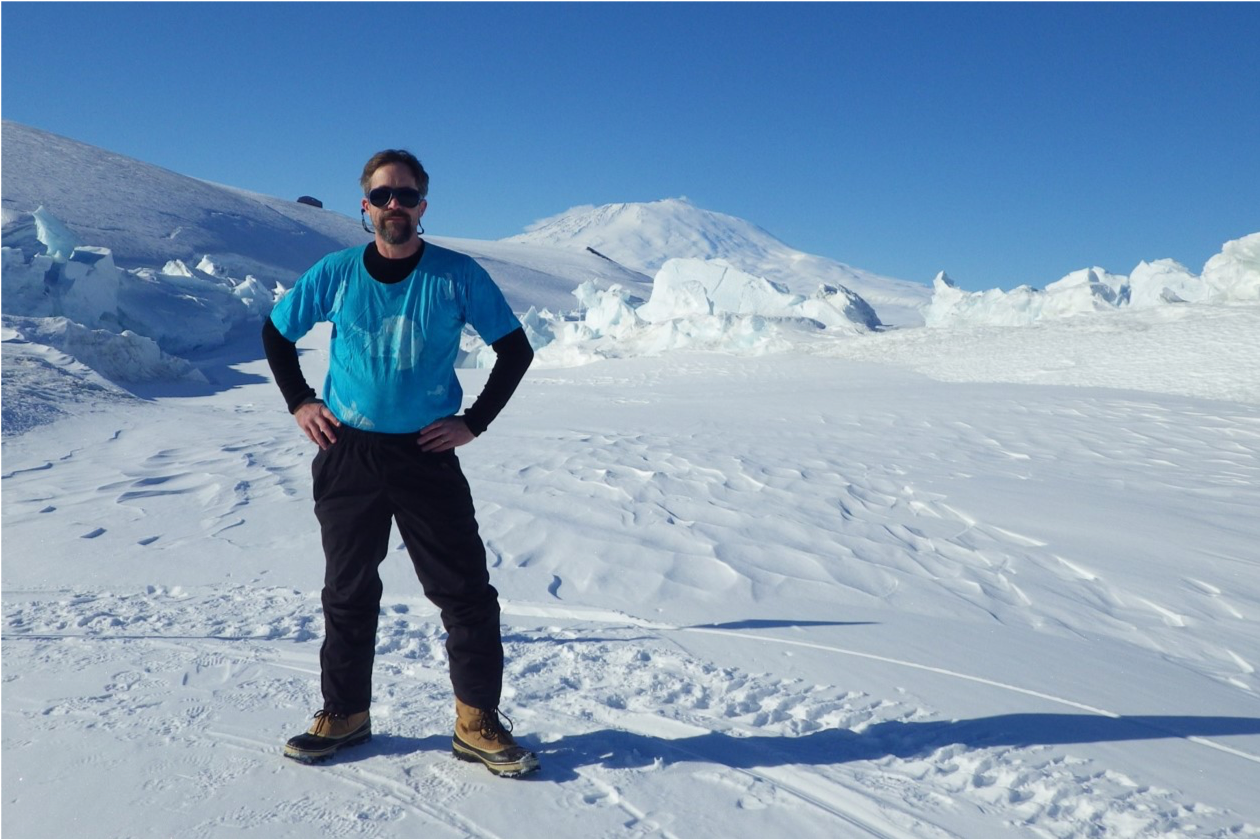 John Dore is an Associate Research Professor in the Department of Land Resources and Environmental Science at Montana State University. His field of research for SALSA is Geobiology and Biogeochemistry.

John describes his life and work background as “not a straight and narrow path.”  He grew up in southern California, and moved north to the University of California Berkeley for college. He got his undergraduate degree in Bioengineering, but didn’t have a career plan in mind after graduation and stayed in Berkeley for a few more years, working in various jobs.  Around that time, he started scuba diving on the coast near Monterey and Big Sur, and decided that graduate school in oceanography would be a good fit.  “I was fortunate to be able to land a research assistantship at the University of Hawaii,” he says, “and I studied ecosystem change and nitrogen cycling in the open waters of the central North Pacific Ocean with the Hawaii Ocean Time-series (HOT) program. Nearly 30 years later, I am still working on that long-term study!”

After getting his Ph.D., he spent the next 12 years going back and forth between academic research and scientific management positions in the budding microalgae industry.  Along the way, he married his college sweetheart, Missey, and together they raised their two children, Helena and Calvin, in the small town of Waimea on the Big Island of Hawaii.

Eventually, John and his family moved back to the mainland and settled upon Bozeman, Montana, and traded scuba gear for skis.  Having worked briefly as a postdoc with John Priscu, John enlisted his help in obtaining a position as Associate Research Professor at Montana State University. He has been raising support for his research through grants and contracts for the past 11 years.

John has many research interests, but is mainly focused on biogeochemistry, geobiology and microbial ecology.  He is fascinated with how microbes manage to survive in low-energy and/or low-nutrient environments, including the open ocean, ice-covered lakes, deep-sea sediments and subglacial systems. He also has a particular interest in microbial production and consumption of greenhouse gases – carbon dioxide, methane and nitrous oxide – amidst a changing global climate.

As a member of the research faculty, John does not have his own lab, but works out of John Priscu’s lab, Mark Skidmore’s lab, and those of other colleagues. He contributes by bringing in supplies, maintaining instruments, and training students. “This is a great arrangement,” he says, “because I get to interact with so many smart people with diverse expertise.”

John’s role as a co-Principal Investigator in SALSA is primarily to support the collection and analysis of sediment cores from the bottom of Subglacial Lake Mercer, and to help interpret the geochemical data generated. In the field, John worked with SALSA’s sediment team to obtain intact, uncontaminated core samples. In the lab, he mainly worked on measuring methane and its stable isotopic composition to better understand the sources of this energetic greenhouse gas, its role in supporting the lake ecosystem, and the potential for its release to the atmosphere during times of deglaciation and ice sheet retreat.

As a graduate student, John participated in four oceanographic research cruises in the Antarctic peninsular region from 1991 to 1993.  The first two were with the Research on Antarctic Coastal Ecosystem Rates (RACER) project aboard Polar Duke, and the latter two with the then-newly launched Palmer Long-Term Ecological Research (LTER) program aboard Nathaniel B. Palmer.  In this way, John ended up experiencing all four seasons in Antarctica and covered more than 1000 kilometers of coastline.  “On the ships, sampling and experiments go on around the clock, so sleep can be hard to come by,” he explains. “The reward is the amazing scenery including lots of wildlife – ice, mountains, seals, whales and, of course, penguins.”

In 1995, John joined Dr. Priscu and a hardy team of Bozemanites for Winfly, a late winter deployment in the McMurdo Dry Valleys to study the influence of the transition from polar night to day on lake ecosystems.  Coming directly from Hawaii, he says that the extreme cold, darkness, and lack of visible life were a shock for him. “I had never realized how difficult it could be just to function or to get anything mechanical to work at -40 degrees,” he says, “but good company and unique science made the two months of hardship all worthwhile.” His most recent trip with SALSA was his 6th trip to Antarctica, 23 years after his last polar journey.