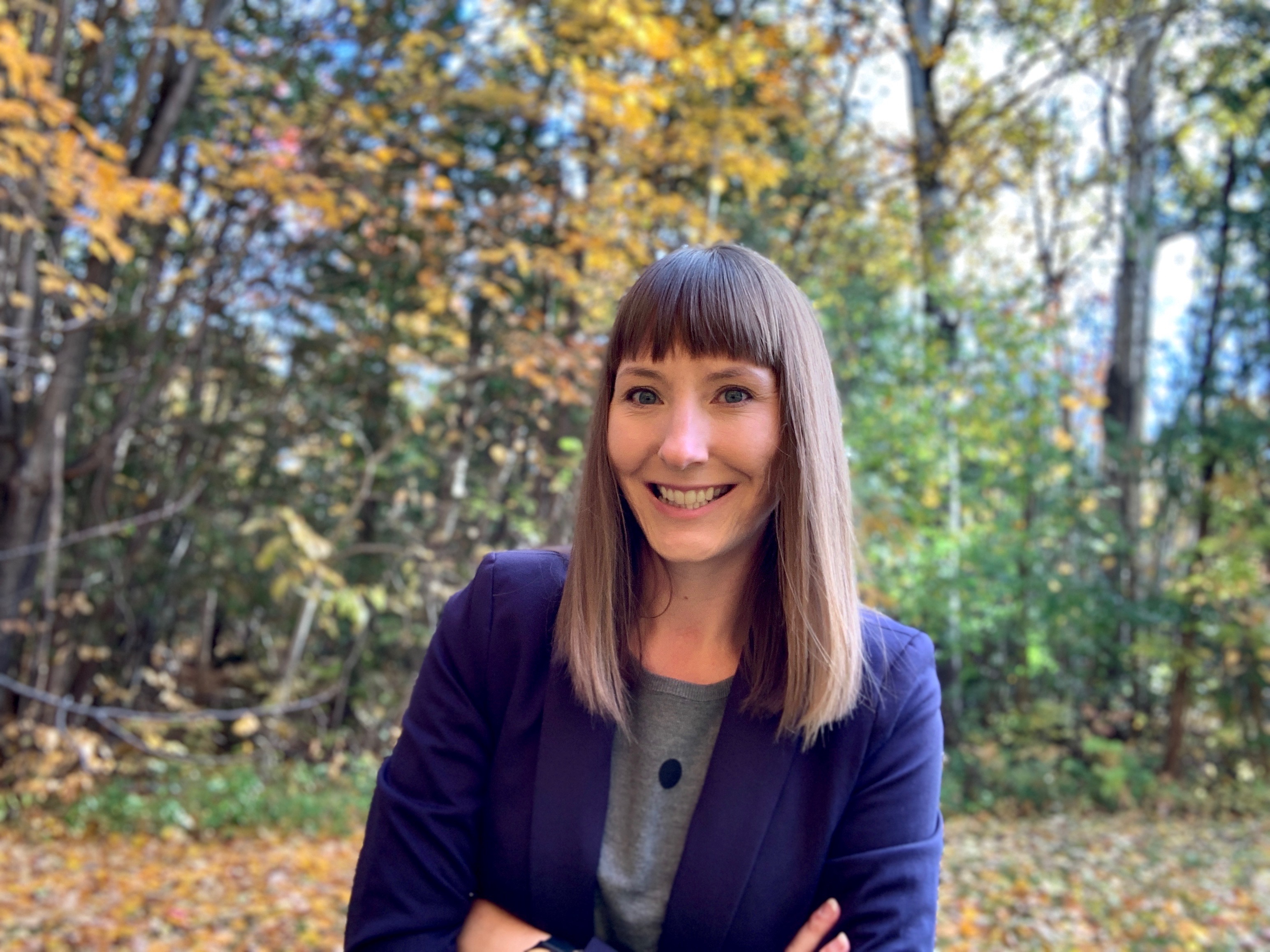 Antarctica is widely considered one of the world’s harshest climates. Few things in the forms of animal or plant life are able to survive there, and even fewer humans would consider trying to brave its terrain for any extended period of time. In spite of the extreme environment, or perhaps because of it, the secrets hidden beneath Antarctica’s ice continue to entice researchers who insist on making the journey to the southern hemisphere. Dr. Trista Vick-Majors, a microbial ecologist and an Assistant Professor of Biological Sciences at Michigan Technological University, is one of those people. Vick-Majors was part of a team that traveled to Antarctica to study Whillans Subglacial Lake, an underwater lake housed eight hundred meters beneath the West Antarctic Ice Sheet. The intent of the expedition was to study the lake’s ecosystem and the organic matter found under the ice. That organic matter can serve as nutrients which eventually make their way into the Southern Ocean. What the findings reveal are signs of life that can have far-reaching effects towards understanding life in and outside of the Antarctic region.

Kevin Hendricks [KH]: How did you get involved with this study?

Dr. Vick-Majors [VM]: So I am working as a collaborator on the SALSA project and that stemmed from my graduate work, because I did my PhD on Subglacial Lake Whillans. I was working with the lead PI of the SALSA project, John Priscu, during my PhD, and he invited me to go to the field with [WISSARD] and to work on some of the microbiology experiments.

KH: What brought you to this field of work?

VM: I was interested in microbial ecology, studying what microbes are doing in the environment, and I got the opportunity to participate just as a volunteer at first in a field project that John Priscu was running. I went on that project and that got me hooked on going to Antarctica, and on the kinds of questions that we can answer by looking at [Antarctic] systems. So I joined the lab, did my master’s degree and then stuck around to do my PhD on subglacial lakes.

KH: That sounds like it was a really great opportunity! Speaking of being a microbial ecologist, what does that actually mean?

VM: Microbial ecology is the study of microorganisms in the environment, how they interact with each other, and how they interact with the environment itself. As a microbial ecologist, my job entails looking at microorganisms, sequencing their DNA, figuring out who’s there, but also measuring the rates of processes that they influence and trying to figure out what they’re doing and how they’re doing it.

KH: How does that sort of background prepare you for this recent study about biogeochemical connectivity?

VM: That study really required thinking about how the microbes interact with organic carbon, and how the ways that they do that under ice could influence the types of organic carbon that we see in the environment. Combining that information with some knowledge of the hydrology of the system itself, we could predict how much and what kinds of carbon might make their way out into the ocean, so that’s where the biogeochemical connectivity between the two environments comes in. It’s really these microbial processes driving what we can measure, but then the physical aspects of the system kind of moving it around to different places.

KH: A lot of your findings show the nutrients seem to make their way into the Southern Ocean. What are the implications of that?

VM: So we were mostly interested in carbon, but we also looked at the main, biologically active elements that people think about…carbon, nitrogen, phosphorus, and iron. We looked at all four of those in our study and did some calculations that are based on knowing the growth rates of microorganisms in that part of the ocean. So we could predict how much of each of those elements they might need. Then we compared what was coming out of our lakes to those needs, and that’s how we were able to determine the biological implications of nutrients from the subglacial lake making their way into the Southern Ocean.

KH: What about outside of the Southern Ocean? Are there any implications your research touches on?

VM: I wouldn’t really extrapolate any of this outside of the Southern Ocean, [but] I will say the Southern Ocean is really important globally, in terms of formation of different water masses, and a lot of things move around the globe in the ocean. Hypothetically, anything that impacts the Southern Ocean does have at least an indirect impact on the rest of the world.

KH: You talked a lot about Subglacial Lake Whillans as the site of examination. What made that particular region so important?

VM: That was the first subglacial lake that was directly sampled for water and sediments to look at the microbiology and chemistry, and there are a couple of interesting things about Subglacial Lake Whillans. It was chosen in part because it sits in this area of Antarctica where water underneath the ice moves around a lot, [and] it’s very high hydrologically active. So there’s a lot of draining and filling of lakes and of water moving through lakes, and then out to the ocean. Whillans sits at the end of one of those flow paths, so we can kind of think of it as a repository for everything that’s happening hydrologically upstream, even though we can’t go and measure all of those places upstream, it’s all dumping into Whillans eventually before it goes out to sea. We think that what we see in Whillans is in some way representative of the area.

KH: Got it. You also mentioned some of the research and findings from Subglacial Lake Mercer and how they influenced the research you did at Whillans? Could you elaborate a little bit on that?

VM: Mercer is really interesting. I [mentioned] that Whillans is kind of a repository for a lot of stuff that flows through the area, but Mercer gets its water from different sources than Whillans. So, it represents a mixture of different areas [and] it is a great opportunity for us to be able to compare two lakes that, while they’re only two lakes, we can kind of take them as representatives of their regions and hopefully learn something about different parts of Antarctica.

KH: Of the findings of this particular article is there anything that surprised you?

VM: The biggest surprise was how much organic carbon is potentially coming out of this lake and going into the ocean. I think before we sampled Subglacial Lake Whillans, the hypothesis would have been that because it’s this lake that’s trapped under all of this ice, and whose water is probably primarily from ice melt, we expected it to be very dilute. Just meaning low concentrations of things like organic carbon. So when we did the actual measurements, and found that there’s actually a fair amount of carbon there. Then I did this upscaling in this paper to try to figure out how much of the demand it can meet in the ocean, [and] seeing that at a minimum it can meet 400% of the microbial demand for carbon is completely amazing to me. I never would have predicted that.

KH: I also saw that you worked with some of the members of the SALSA science team. Could you maybe explain what their involvement with the project was?

VM: This particular paper really focused on Subglacial Lake Whillans, so all of the sample collection and all of that was done by that team. There are people doing similar things with data from SALSA to try to figure out if we get the same answer if we look at Mercer.

KH: If you had to explain in the simplest terms, what makes research being conducted with subglacial lakes so important?

VM: I think it’s twofold. One is the idea of exploring unknown environments on our planet. I think the more that we understand about our planet, the better we can take care of it, [and] the better we can predict what might happen to it in the future. Going to these unexplored places, and figuring out what’s going on is really important. The other part of that is putting these systems in context in the earth system. So that’s where it gets into things like, well, what are they putting out into the ocean? You know, how are they connected to each other? I think both by looking just at the systems themselves, but also looking at their connections to other environments, I think it’s really important.

KH: Looking forward then what do you plan on studying next?

VM: I’m interested in looking at how microbes process carbon, especially in dark and icy environments, and in terms of field sites where I do that, if I can do more subglacial lakes work, then I definitely want to do that. I am also planning to take some of those same questions to more local environments as well. I live in the Upper Peninsula of Michigan now, and we get a lot of snow and it’s very icy during the winter. So I think it’s interesting to look at some of these things here. Are there similar processes or similar organisms? Similar responses?

KH: Is there anything that you feel people really need to know about the research being done with this particular article? Or about just subglacial lakes in general?

VM: You know, some people get excited about the exploration aspect, and I certainly do think that’s important, but there is also this kind of bigger scale impact on the ocean aspect that I think speaks more to other people depending on their interests. Just understanding that these environments are so unique, and we can learn things and ask questions there that we can’t do anywhere else…it really matters.

*This interview was edited and condensed for clarity.

This site uses Akismet to reduce spam. Learn how your comment data is processed.